Start typing and press
Enter to search
Skip to content

SADA works to dismantle patriarchy from society and build-up an equal world for all. Therefore, we work to ensure social, political, financial empowerment of the women, non-binary, gender and sexual minority. We would like to support and work collaboratively with those organizations that are working on gender issues, women empowerment, and so on to build dynamic gender perspectives. We promote art based activism through music, dance, comedy, drama to transform the messages of social injustice.

Nowadays, rape culture is predominant in Bangladesh. Victim-blaming attitudes have become the main obstacle to fight “rape culture” in Bangladesh. Unfortunately, many people of our society are responsible for this rape culture. That culture includes our attitudes like misogyny, trivializing sexual assault, publicly scrutinizing a woman’s dress, and teaching women to avoid getting raped. 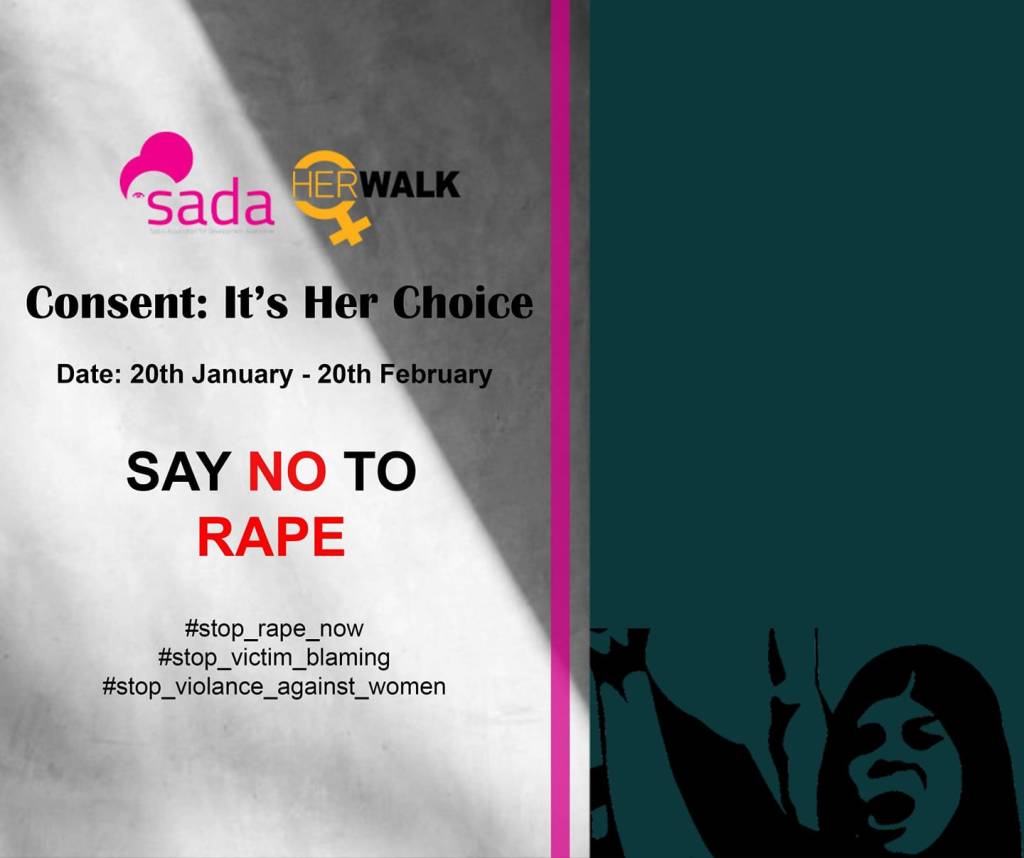 It is assumed that at least 13 female gets raped daily and more than a thousand cases go unpublished. These rape cases don’t only involve women but small children as well. Therefore, SADA and Her Walk started a campaign to raise voices of the victims.

The Campaign Title is ‘Consent: It’s Her Choice’ where we protest with several posters to raise awareness among mass population.